Small businesses to be hit by Government decision on empty property rates, bulldozers on standby 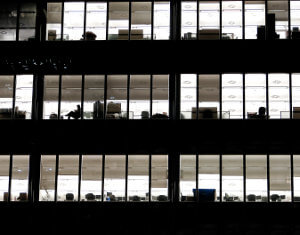 It's fair to say that there has been an overwhelmingly negative reaction to last week's decision by the Government to slash the exemption threshold for empty buildings from a rateable value of £18,000 to just £2,600.

In the face of a maelstrom of criticism from small business leaders, farmers and trade organisations such as the British Property Forum (BPF), the local government minister Bob Neill said in a written statement that he fully understood “the problems caused by the reforms of empty property rates” but  that it would cost an estimated £400 million to continue with the business rate relief and that the "high costs involved" meant that "any further help in the short term is currently unaffordable".

Much of the criticism has focussed on the apparent contradictions between the Government announcement and its stated stance on small businesses, not least in its claim that this part of the private sector is to play a key role in driving the recovery from recession and mitigate job losses in the public sector.

The last Government had introduced the exemptions as recently as 2008 as a way of dealing with a situation in which the owners of empty properties would demolish empty properties rather than pay tax on them.

One specific sector that may be hit by the new policy will be small businesses and start-ups which rely on property owners with a portfolio of smaller units, a large proportion of which may be empty at any one time. There is a risk that we may return to the dark days of under three years ago when the BPF described the tax on empty property as the main cause of Bombsite Britain .