Cloud computing will revolutionise the way we use offices 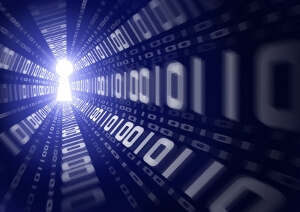 Well, duh. When it comes to new technology, claiming it will revolutionise the way we work is a complete no-brainer. Technology has always been the underlying catalyst for change, ever since the first modern offices began to spring up over a hundred years ago. It’s as true for cloud computing as it was for the adding machines in what was seen as the first true modern office - the Larkin Building - in 1903.

According to a recent report by the Centre for Economics and Business Research, the headline benefit of the ongoing uptake of Cloud computing for UK businesses will be some £25 billion by 2015. For the most part this will be down to a reduction in the capital expenditure needed to support current technological infrastructure.

We can put a figure on that sort of thing by extrapolating from what we know is happening now. What is less certain is exactly how the new technology will change things on a practical level; in the way companies function and in people’s day-to-day working lives. You know where you are with the computers. It is people and organisations that provide the maverick elements in the equation. It is they who not only subvert the intended application of technology but also find new and exciting ways of applying it to their work.

One potential outcome is that the Cloud will accelerate the virtualisation of work. This process has already been happening for some time which means that we are aware of the complexities it entails. For example, in theory current technology could make offices obsolete. On the coldest level, we don’t really need them anymore. We can all work from home, share files online and communicate through Skype and e-mail. In practice, people are social animals so they often work better when they’re together. They like the physical process of going to work. Their employers like to see them there. Everybody likes the idea of being involved with something bigger than themselves.

The synthesis is what we are now seeing – offices are evolving, not dying out. There is a renewed focus on them as social spaces, as providers of identity, social contact and structure which is reflected in changes in everything from their design to the way they are procured and managed. The Cloud will not do away with offices any more than the laptop did, but it will change it.

The cloud should greatly reduce software costs, particulary for small businesses, as applications become increasingly web-based and free/cheap apps such as those produced by Google and 37Signals become a realistic option for businesses. It's going to be great!