London 2012: An Olympic Challenge for Bosses 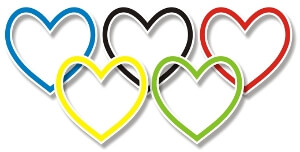 Every time there is a major sporting event, stories will start to appear in the press asking how organisations intend to deal with them and the challenges they pose. Not least how they intend to keep productivity up. The 2012 Olympics is exceptional only in the fact that these stories have started to appear over a year before the event takes place. Even the World Cup doesn’t have such a long build up.

First up we have a survey published over the weekend from Deloitte, not so coincidentally a sponsor of the Games, announcing that 32 percent of large organisations intend to introduce new flexible working arrangements to allow staff to watch and work around events. This doesn’t just mean allowing people to work different hours. For companies in London it also means coping with the games themselves. Just over one in ten companies in London said they would encourage staff to work more often in locations away from busy venues.

Now, you always have to put these things into context. The Games are still some way off, so many companies may have taken little or no formal steps to manage their implications. The framing of the questions might also seem a little quaint, given that according to BT around 83 per cent of firms already provide staff with the technology they need to work anywhere. The fact that the Deloitte survey revealed that 60 per cent of firms don’t intend to do anything new with regard to flexible working arrangements might suggest that people are already empowered to work at a time and place that suits them.