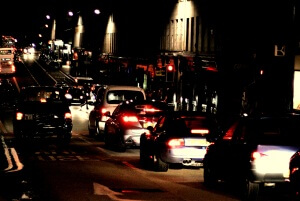 Long journeys, poor roads and poor driving from other commuters are causing British workers to arrive at work ‘frazzled’, a recent report has claimed.

A whopping seven out of ten respondents to a survey carried out by Allianz Your Cover Insurance said the poor state of Britain’s roads as the most annoying aspect of commuting.

Around one fifth said they would welcome better driving from their fellow commuters. Only 15% said they enjoyed their daily drive to work.

The report also discovered the most serene commutes were found to be in Newcastle and Northampton, whilst commuters in Coventry and Gloucester were the most stressed.

A spokesperson for Allianz Your Cover commented: “People are spending nearly an hour a day commuting and a third (32%) are frazzled before even arriving at work, feeling rushed, stressed and anxious from their morning journey, which is isn’t a good way to start the working day.

“A third (31%) of commuters we spoke to feel tired when driving home from work, when roads are often at their busiest, so it’s important to keep alert in order to respond to other drivers who may have had a bad day at the office.”

The average British worker was found to spend over 180 hours commuting to and from work every year, clocking up around 7,100 miles in the process.