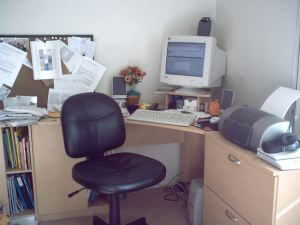 Recent research has discovered workers who are encouraged to be flexible with their working hours and location feel they are more productive.

A study of 2000 UK office workers and 400 managers, carried out by O2, found 75% of workers feel they are ‘most productive’ when they have control over when and where they work.

The research also revealed only 19% of workers feel they are encouraged to work flexibly, whilst 77% of the managers surveyed felt their organisations were giving workers the opportunity to do so.

There was also found to be a further disparity between the percentage of management-level employees who thought they were setting an example by working flexibly and the number of staff who felt this was the case.

Some 70% of the managers polled said they worked either flexible hours or worked from home. Only 18% of staff felt they actually did so.

O2 Business Director Ben Dowd was critical of the fact that so few workers feel they have the opportunity to flexi-work.

He said: “Just six months since Britain’s biggest flexible working opportunity, the Olympics, it’s shocking that less than one fifth of people feel they are encouraged to work flexibly.”