Does being better looking make for a better career?

Lord Sugar recently tweeted “Success in business not about beauty in my case… it’s coincidental”. He also mentioned that one of this year’s candidates, April Jackson, happens to be a former Miss Jamaica. At first thought a beauty pageant and the boardroom seem like a million miles away from each other, but as Miss Jackson rightly said in a recent interview with The Mirror, “there are lots of similarities... They are both really competitive.” 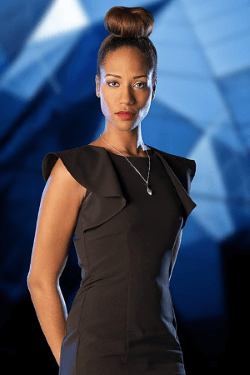 Standing out on the career ladder is important and, according to multiple studies, your appearance plays a big part. A survey conducted this autumn by Simon Jersey found 6 out of 10 people believe the way they look and dress might have had an effect on their chance of a pay rise or promotion. Research into the area suggests they might be right.

Daniel S. Hamermesh takes an economic approach to attractiveness in his book Beauty Pays: Why Attractive People Are More Successful; he concludes from studies that span countries and decades that better looking people have it better when it comes to careers. What entails “better looking” is debatable but it’s been found that the taller, thinner, and less average looking you are, the more favourably you will be perceived and, significantly, the more you will achieve in the workplace.

Is beauty in the eye of the employer?

In the survey conducted by Simon Jersey, among the list of 20 things thought unsuitable for the office were long, unkempt beards (watch out hipsters), showing too much skin, and wearing too much makeup. When it comes to makeup it seems you can’t win: too much is deemed unsuitable and too little can apparently have a detrimental effect on promotion prospects.

In a report this time two years ago over half of bosses surveyed admitted that if a female member of staff frequently wore little to no makeup it would negatively affect their view of them and the woman’s career prospects - this was male and female bosses.

And it turns out it’s not only women who need to worry. In a study by Harvard University it was found that when delivering a business pitch, a woman’s physical appearance correlates less to how well a pitch is received than for a man. Men who were rated as good looking had a 36% better pitch rating than their less attractive peers.

So what can you do about it? Unfortunately very little. Currently UK equality law does not include appearance as a category for which you can be discriminated against in the workplace but do not fear, if you don’t happen to look like David Beckham or Megan Fox you can still have a very successful career!