Survey results: More than a third of Brits have office romances, despite concerns

With Valentine’s Day looming large, Office Genie research has revealed Brits have major worries over the effect office romances can have on team morale.

Almost half (45%) of the respondents to our survey of 1,148 people thought workplace romances could damange spirits in the workplace. A further 4% of people even thought they should be a sackable offence!

Around half this number thought workplaces could actually stand to benefit; only 18% of respondents thought office romances could be a force for good.

It’s not holding us back

However this doesn’t seem to be getting in the way of employees hooking up in the office. Our research found some 36% of respondents have had a workplace relationship at some point.

Romances peak amongst people aged between 35 and 44, where some 42% of respondents admitted to indulging in an office romance. Retirees are the coyest with their answers; 16% said they’d rather not divulge if they’d met a partner at work.

Whether or not they’re a fan of the office romance, it appears our respondents draw the line at flirting to get ahead. The vast majority (85%) thought it was unacceptable to either flirt or enter a relationship in order to further a career. Flirting was the more acceptable of the two, with 12% of respondents thinking it was OK, while only 7% would enter a relationship to boost their prospects.

Men were more likely to do both: Some 15% thought it was fine to flirt to get ahead, while around 9% would enter into a relationship in order to further their career. However only 11% of women were likely to do the former, while only 6% were happy to indulge in a romance with the boss for personal gain. 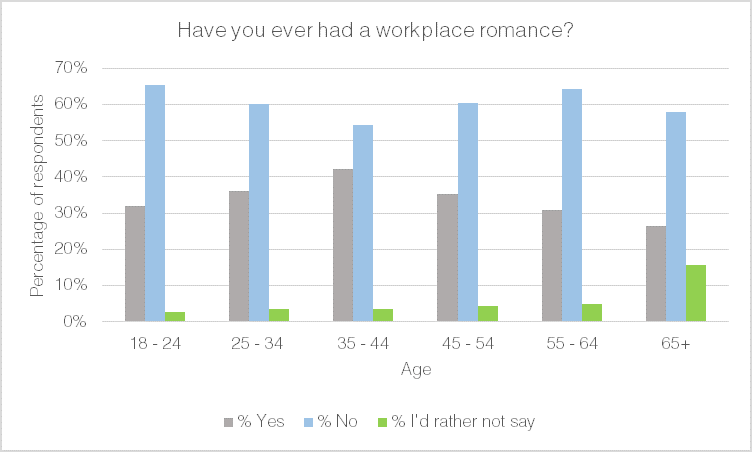 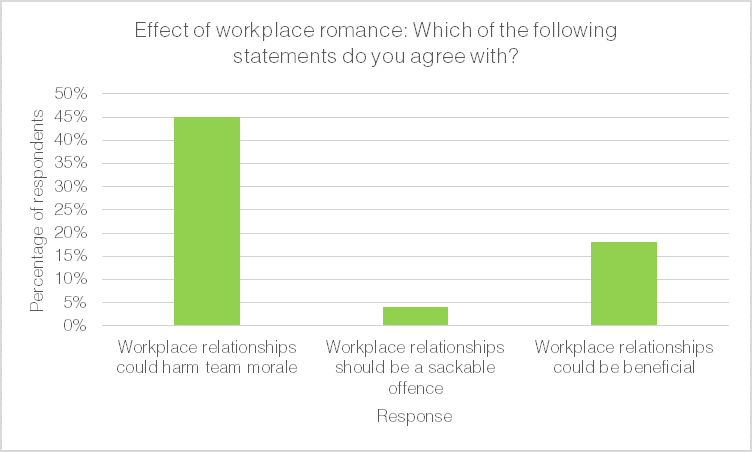 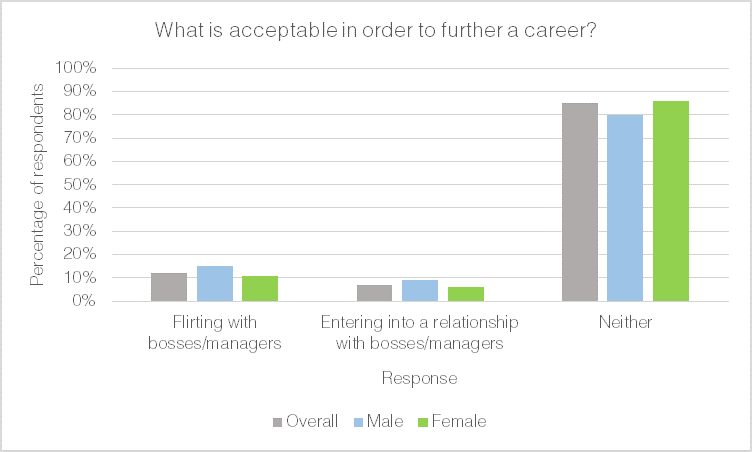 1,149 people from across the UK were surveyed.