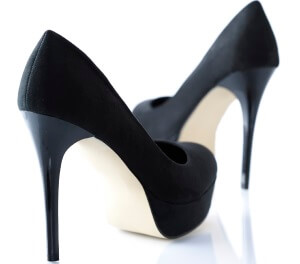 Just days after Nicola Thorp was sent home without pay for refusing to wear high heels, we can reveal some 75% of British workers want strong legislation put in place to prevent discrimination based on the way employees look and dress.

Our survey of 1,439 UK workers found women were much more adamant about such legislation than men. Some 79% of women surveyed wanted tougher rules, while only 66% of men were in favour.

The research also discovered millions of workers could have faced a similar situation to that experienced by Ms Thorp: 8% of our respondents said a boss had told them to alter some aspect of their appearance in the workplace, which would translate to 2.5 million workers across the UK as a whole [1].

If this situation were to arise, the majority (62%) of our respondents said they would not be willing to change their appearance. However, a similar number (60%) would be willing to do so if it meant getting their dream job.

Peter Ames, Head of Strategy at Office Genie, said: “British workers clearly feel they are not being protected against the sort of appalling discrimination Nicola Thorp has recently had to endure.

"The way someone looks, and the way they dress, is as much a part of someone as their race, personality, gender and so on - and the current legislation is simply not tough enough.

"It would appear Ms Thorp is not alone: We’ve calculated millions of UK workers could have been on the end of similar circumstances, which strong legislation should be preventing.

"The fact millions would be willing to change their appearance for a ‘dream job’ shows how mind sets need to change universally regarding appearance in the workplace."