The Brex-odus is coming: Top five countries for escapee workers

Office Genie have revealed searches for ‘work in the EU’, and similar searches for a number of countries, have risen rapidly post-Brexit. So, which locations were most popular, and what do you need to do to work there? Our guide reveals all…

Fed up of the bustling streets of London? With a mere 320,000 people to an island little over 100,000km ², you’re unlikely to experience the claustrophobia associated with many British cities. Iceland topped our list with interest in working there up – fuelled in no small part by their recent footballing triumphs!

Like many of the countries to follow, Iceland is not a member of the EU. It is however a member of the European Free Trade Association and the European Economic Area. It’s also one of the world’s greenest countries, thanks to Iceland’s abundant natural resources, more than 80% of energy consumed is renewable.

Much of Iceland is (surprise surprise) covered in ice so as long as you pack a woolly hat, you’ll be set for your Icelandic adventure!

How to work in Iceland

So, for those of us thinking of heading to European football’s new powerhouse, what do you need to know?

Those who are interested in working in Iceland should check out the Icelandic Directorate of Immigration online. Here you’ll find full information about moving to, and working in, Iceland.

Norway was the next most popular location on our list. It’s easy to see why: it has a reputation for being among the best countries to live and work in, topping almost every wellbeing index going: the Human Development Index, the Legatum Prosperity Index, and the OECD Better Life Index, among others.

The country is also known for its rich Viking heritage and expanse of mountains, fjords and glaciers. Among the natural landscapes lies cosmopolitan Oslo. The Barcode (the name given to the row of high-rise buildings) marks the city out as a true business hub.

To give you a feel for (albeit eighteenth-century) Scandinavian life, we’d recommend Mary Wollstonecraft’s classic travel narrative: Letters Written During a Short Residence in Sweden, Norway, and Denmark.

How to work in Norway

Norway, as with Switzerland and Iceland, is not in the EU – which could make living and working there more difficult post-Brexit. See below for all you need to know:

You can apply to live and work in Norway online, and you can also find more information about how to get the process started, and what you might expect.

Swizerland was also a popular option for escapee workers. The country has much more to offer than watches and chocolate, but if it’s those two items you’re interested in, it’s the place to be! Banking and finance are also industries for which Switzerland acts as a global centrepoint.

Home to the Alps and world-class modern art, the country is a popular tourist destination. Hiking trails and ski resorts boost the economy and offer a brilliant retreat from a full-on working week.

The average number of hours worked per week is higher than in Britain at 40-42 hours - it’s not uncommon to work a 45-50 hour week. However flexible working is widely adopted, enabling you to have a degree of control over your new Swiss life.

How to work in Switzerland

Switzerland, another non-EU state, has increasingly stringent regulations on immigration, even for highly-skilled workers. But for those hoping to work here you’ll need to know the following:

The Swiss government’s employment pages are the place to go if you are looking to work in the country, want to find out more or get the ball rolling.

The top four choices are dwarfed, in terms of size at least, by the most popular non-European Brexit choice. Canada is the second largest country in the world and consequently has an abundance of exciting opportunities on offer.

Take the Canadian PM as a prime example: he was a nightclub bouncer, a teacher, and a snowboard instructor before getting into politics. Canada is your oyster!

Much like Norway, the country ranks well in terms of wellbeing. High levels of government transparency, quality of life, education, civil liberties and economic freedom ensure Canada is appealing to Canadians and non-Canadians alike!

How to work in Canada

Intrigued by what this North-American giant has to offer would-be workers? We’ve got all the basics below to get you started:

Full information can be found on the Canadian government’s ‘Work in Canada’ pages – where you will also be able to apply for a work permit.

The only country in the top five destinations in the EU: France is one of the Union’s key players. It is the largest country in Western Europe and one of the largest Exclusive Economic Zones (EEZ) in the world. 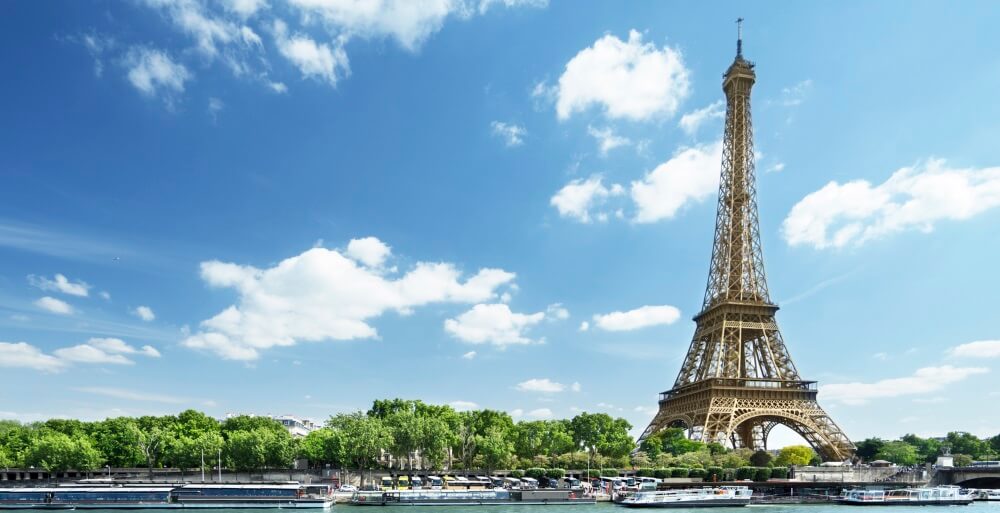 If international business is what you’re hoping to achieve with your own ‘Brexit’, the fact France shares its borders with six other countries will be a significant advantage.

There would also be the benefit of being able to easily holiday in Belgium, Luxembourg, Germany, Switzerland, Italy and Spain. France has lots of national holidays which means there would be plenty of opportunity to do so!

How to work in France

The only EU country in our top five, which (at least for the moment) makes it a good option for UK workers: