Christmas is meant to be a time of tidings and joy but in many workplaces this year, this isn’t the case. Our research has found offices across the UK are significantly lacking in Christmas cheer.

Of the 1,000 British workers we surveyed, a huge 84% said they do not receive a Christmas bonus from their employer. If you thought festive fun in the form of Secret Santa might make up for this, you’d be wrong: most workplaces (64%) aren’t taking part in the gift-exchange tradition.

The fun of the infamous office party won’t even save the day for some employees, with nearly a quarter (24%) of workplaces choosing not to host a Christmas do. More worryingly, work has proven to be a potential source of stress: 17% of employees believe work will cause them stress during what is meant to be a relaxing Christmas holiday.

Perhaps due to the failed attempts at festivity, nearly half (43%) of the British workforce have said they will ‘switch off’ by the third week of December. Lost productivity can be a major problems for employers so it might be worth maximising the merrymaking! 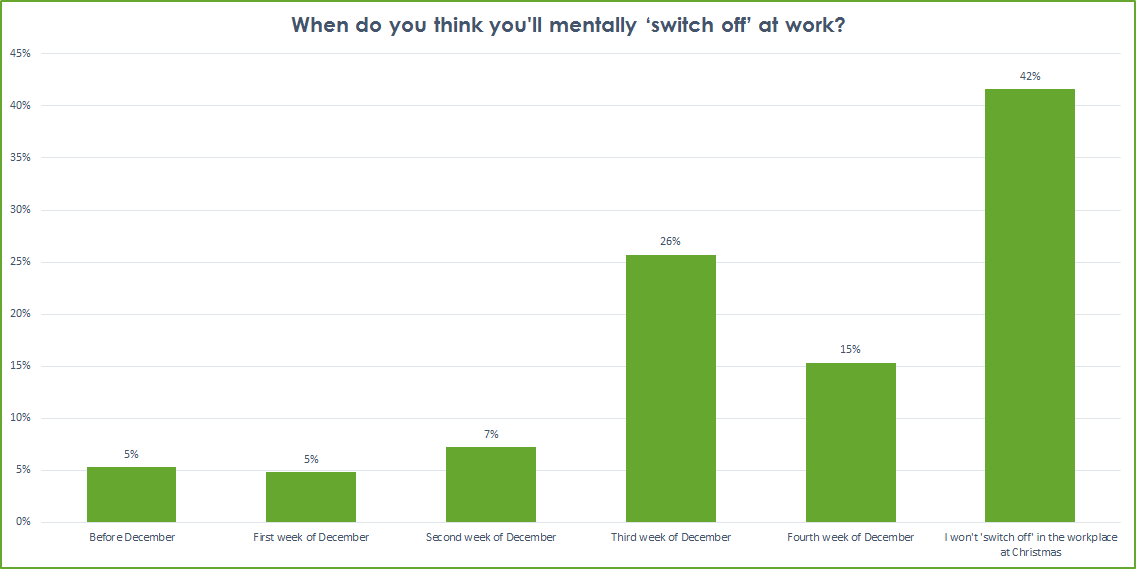 Our Head of Strategy, Peter Ames, has the following to say on the findings:

"The Prime Minister may be calling for festivities in the workplace, but it doesn’t appear British bosses are obliging. This unfestive attitude is clearly not helping employees, with almost half of the country’s workers switching off well in advance of Christmas itself.

"We’d suggest there is a balance to be struck, and perhaps a little Christmas indulgence could go a long way to ensuring staff are fully engaged, right up until holidays kick in."