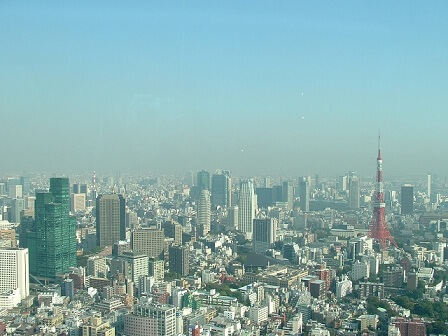 I thought I'd take a brief look at how Japanese office culture differs from the typical Western model.

In Japan, big business structure can be traced back to feudal times with its emphasis on prestige in the workplace and life-long commitment to a clan that rewards loyalty and self-sacrifice. From the 1920's, when Japan started to emerge onto the international marketplace, major corporations established themselves with a working model that developed throughout the 20th century into what we see today.

Prestigious companies offered truly life-time job security and attractive benefits in return for complete commitment. Promotion was the result, not just of ability, but of seniority and age leading to a culture of the business family where team effort was epitomised by singing the company song and participating in after hours socialising. In return the employee could expect excellent housing benefits, bonuses and pensions.

Historically, Japanese companies paid all full-time employees costs getting to work – this means that not only do workers tend not to care how far away they live but there is no incentive to use free transport systems. Commuting distances can, therefore, be huge leading to an average commuters carbon footprint significantly higher than his Western counterpart.

In an effort to address the balance the Japanese government is putting pressure on companies to encourage biking to work by rewarding those who do so. The Toyohashi city government in Aichi Prefecture, for instance, has added an allowance for workers who bike to work: £33 a month if you travel between 2 and 5 km, and £52 a month if you travel more than 5 km. At the same time the petrol allowance is being reduced to encourage local commuters to leave their cars behind.

As far as the office environment goes Japan still displays its reliance on traditional relationships of power. The company functions within a hierarchical structure with the physical office space reflecting the importance placed upon levels of seniority. Clearly, attendance is mandatory with unpaid overtime being the norm. If a company even expects its employees to forego their holiday allowance what chance a fundamental change in working practice such as hot desking?

In a country beset by natural disasters and where geographical limitations make it 80% uninhabitable wouldn't it make sense to embrace hot desking and virtual solutions instead of insisting on complete employee attendance in the workplace.

A quick search on shared office space in Tokyo does show a number of larger schemes accommodating small businesses but there is no real evidence that companies have responded to the recession as some have over here – by utilising space freed by redundancies or having employees working at locations cheaper to the company.

Betty Chan, from Instant Offices Tokyo division, agrees that, 'although there are some instances where desk sharing in Japan occurs, (it) is not that common, especially compared to the UK.'

If anyone has any experience to the contrary I'd be fascinated to hear about it!